Two strikingly complex, distinct collections that stood out from the masses of Spring 2014 Ready-to-Wear shows were those of Alexander McQueen and Valentino.  On top of the intricate beading, patterning, textures and bold colors all mashed up in these shows, they were both memorable due to the beautifully ambiguous ethnic styling shown.  Sarah Burton of Alexander McQueen captures an ancient Mayan, Subsaharan, Mesopotamian-feeling of geo-patterning, cut-out chest plates and feather accents, but these doesn’t allude to one particular culture or era.

The following images are from www.alexandermcqueen.com:

Valentino’s Maria Grazia Chiuri and Pierpaolo Piccioli similarly do not nod to one particular time or place in the world but rather combine repeating swatches of jewel tones and gold set on simple black frocks that call to mind a rich Byzantine or perfect fairytale Eastern European country town.  There’s even a flare of Native-American/ancient Roman princess.  From www.valentino.com: 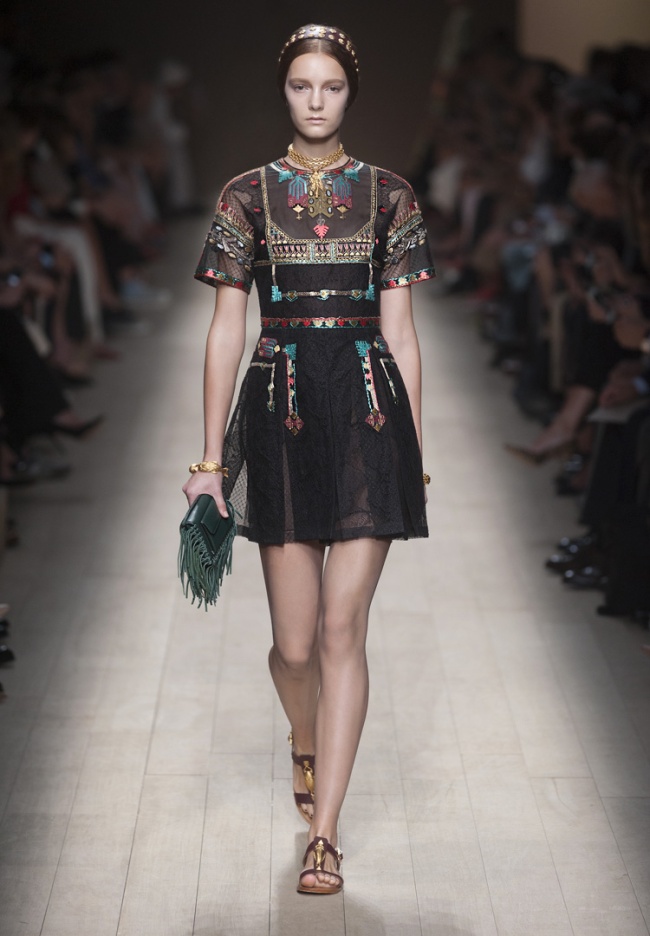